Abraham Rugo Muriu will be presenting on the new government and how do we work with it through specific discussions on how we can influence policy debate with solid research as well as translating research into information that can be used and understood in the community. Mr. Muriu currently works at the Institute of Economic Affairs as a Programme Officer and is also a Policy and Advocacy Assistant at the Fellowship of Christian Unions (FOCUS Kenya). He attended The University of Potsdam and Kenyatta University with his thesis specialization on Decentralization, Citizen Participation and Local Service Delivery in Kenya. We welcome him and thank him for sharing with us.

The discussion was started by defining devolution as the ability to have resources brought within our reach. The ultimate goal for our people is to decentralize our resources to move them from government to the local people. The Kenyan government has had a central government since the beginning. As we go into our new constitution with devolution on 4 of March we are going to the system that was in place in the beginning.  We now will have 47 new county governments that will be distinct but interdependent and will work with the national government.

In Ethiopia there is a state for each tribe that results in challenges for the states. Every county government has to make laws but they have to be in line with the national governmental laws. For example, county governments might decide to go different ways. One question is that of employment, county governments might provide employment for those areas. Our counties in Kenya have long tribal lines, if you put a law this and allow politicians problems will arise because of social diversity. Rather than this occurring, through our new constitution we will have better representation (local to make people feel involved with their government) also we expect to see better delivery of services like healthcare and education for our local areas. 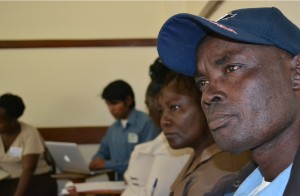 In this system decisions have to be made and propagated down. For us to be involved in this system we need to be able to understand this system at the national and county level. Kenya is one state; it has a national government and has 47 county governments. Kenya has largely four main initiations in the national level; president, deputy president, cabinet and secretaries (this time there will be no ministers elected rather secretaries).

At the same level is the legislative bodies (what is currently parliament now split in two) called the first and second houses. The way powers are divided, there are just two houses one the senate and the second the national assembly. Senate members will have elected senators which are divided from each county. Political parties will nominate 16 women based on the proportion of votes cast. For example if ODM gets 20% of the nomination they can nominate 20% of the 16 women. They will have a total of 63 members plus another 4 and 2 disability members 2 youth one man and one woman. The national assembly has moved from 222 members to 329 members and each constituency can elect 290 and every county will elect a woman to the county woman representative to be a member of parliament. The main reason for creating a senate is to have county issues represented at the national level. The responsibility of the senate is to make and pass laws that the counties are facing.

The judiciary is serving both the national and local governments. The independent commission’s police, gender equality, and ethics for example serve both levels of government. These commissions have been created to serve both national and community levels, to check these bodies to be sure they are delivering at the national and community levels. The National Assembly will pass all the laws effecting government and its’ most important role is to pass budgets. The problem initially was the budget was the responsibility of the executive, now the executive will prepare the budget through treasury then it will be sent to the finance committee of the parliament.

The parliament has now taken a bigger role in running the country. Initially Kenya had two units of government along with the districts basically managing the government at the national level. When county governments have been established by the constitution they will give responsibilities like agriculture for example. While research, education, science and technology will all be run at the national level. The county government is going to be another government at the local level divided into three; the executive (elected on the same terms as the president), the governor (elected with his or her running mate) and then this group will form the county executive committee. The same is at the national level and now will be at the local level as well. Below the cabinet there will be the county public service. This makes up a whole government; it is not a local government as it was before. County Assembly will be the legislature or parliament of the county and will have a speaker as well as County Assembly members who will be MP’s and play the same function as on the national level. One responsibility of the governor and the County Assembly will be to approve the county budget for example. The County Assembly will also have the responsibility of monitoring the governor and passing laws that will affect that particular county. This should challenge us; this person and these people have to people who can engage in these properties. 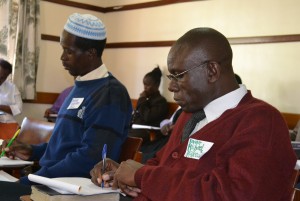 The question from here is how can we as citizens of Kenya engage in this new government? Counties have been split into further sections both urban and city areas. Every town will qualify to be an urban area in which there will be boards responsible for service delivery within the areas. Each county has been subdivided into further areas of sub-county of each constituency. Below this, there is a ward, which will be further subdivided into villages. People below the county are appointed and accountable to the county governor and everything passes through his desk unless it is a government function.

When service delivery is not done in your area, the first entry point is the village, the second is the ward administration and the third is the sub-county administrator. For urban areas, there is going to be the board and possibly resident associations but this process is still being considered. Urban management is very different from rural areas, in order to approach the urban areas; it has to be proven you have gone to the other administrators.

The national government has a responsibility to ensure services have been given through three types; primary services (education and security), secondary services (healthcare), and thirdly concurrent services, which are being delivered at the same time (agriculture trade). Each level of government has to make sure that at the local level services are being delivered at this discussion is not yet clear. The danger here is that we are likely to have two parallel systems that do not work together.

If we are going to engage with these county governments, it is clear that the officials are going to be very critical and we must prioritize our issues. We as citizens have to be critical on how efficient the allocation system is and we have to be careful to ensure the money is going to the needs of the community. The second area is ensuring the money is going to its allocated service and giving people according to their needs. It needs to be remembered that equity is about giving according to need and not all areas are in need of the same services. The third level that we need to address is accountability and control of corruption to ensure our money is not wasted.